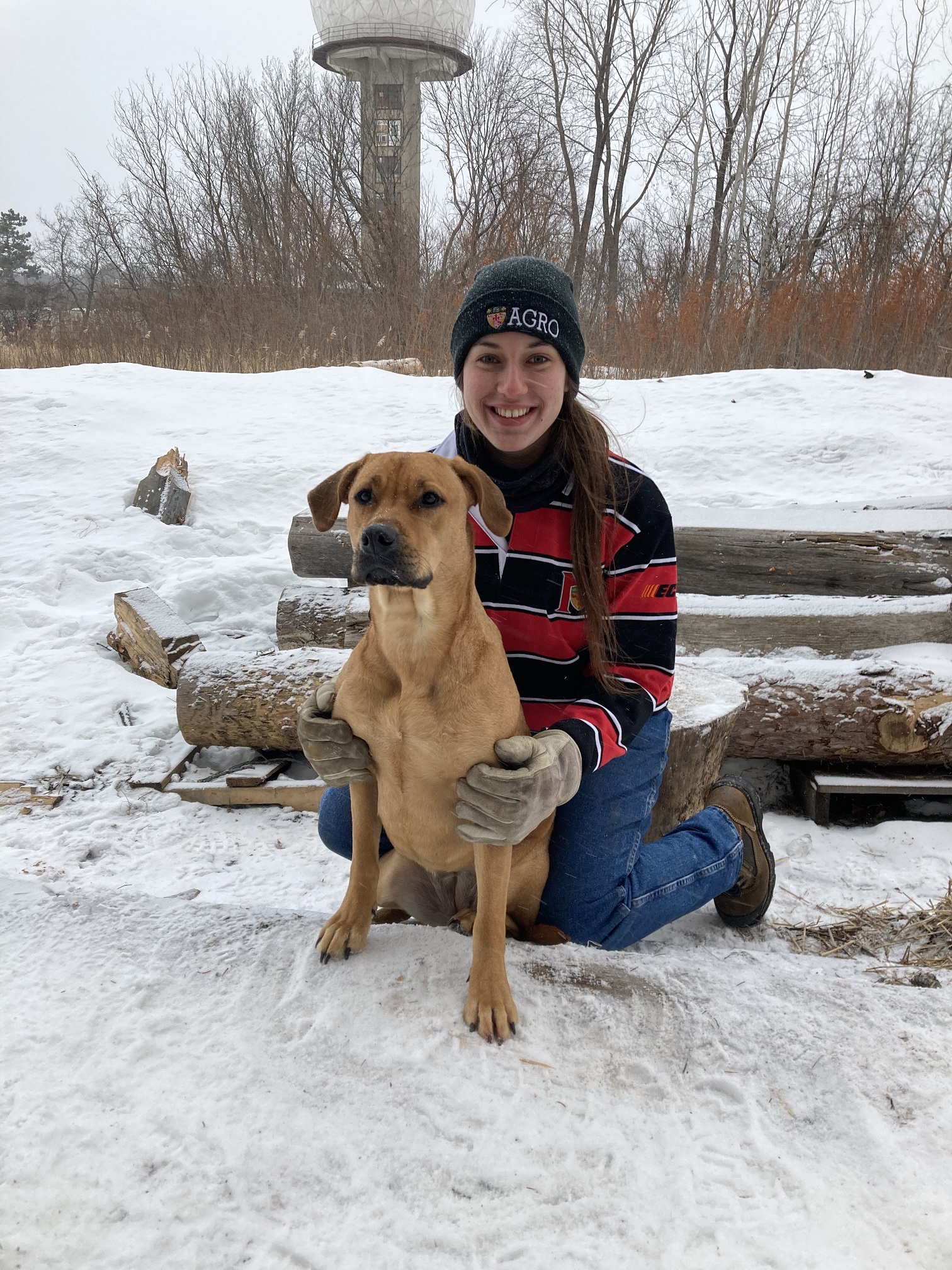 Macdonald continued to send two teams to the McGill event which was held on Forbes Field overlooking Molson Stadium in Montreal. Teams that competed in the fifties were from Laval University, Sir George Williams University, Nichols College, Middlebury College and Dartmouth College.

In 1961 Macdonald held its first competition in the Morgan Arboretum in front of the Chalet as part of the Macdonald Carnival. However, due to a snowstorm, it was held on the lower campus. Teams from the University of Toronto and Laval participated against Mac. The University of New Brunswick could not arrive due to severe storms but was represented by the UNB girl’s basketball team who was already in town for a tournament.

In 1962 the second annual tournament was hosted the University of Toronto and the University of New Brunswick with Paul Smith, Dartmouth and Nichols Colleges from the United States. The Macdonald men’s teams dominated this 1962 competition, placing first and second overall. The most important aspect of this year was the rise of interest in the sport.

In 1964 the University of New Brunswick kicked off the first year of hosting woodsmen competitions. The UNB autumn competitions and Macdonald winter events have been traditionally the two main collegial lumberjacking championships to date. By 1969, other 13 colleges were competing for top position in these events. The level of competition became increasingly tougher but Macdonald stayed in the top four.

In 1971 women entered the college competitions. Macdonald entered the first ladies team, a team that competed solely against men. The team did very well and was instrumental in starting a wave of interest in woodswomen teams developing in other colleges.

In 1978 R.J Watson retired from coaching the woodsmen teams after a glorious 18 years of consistently keeping Macdonald at the top. The teams took top honors at least 12 times. John Watson, son of R.J. Watson took over the team in 1979 continuing in his father's footsteps.

1979-1980 saw a Macdonald rookie team place respectively at both Macdonald and UNB.  In 1980 - 1981 Macdonald completely dominated both competitions, continuing its excellence in woodsmen events.

In 1983 Sir Sandford Fleming College in Lindsay, Ontario, started hosting an annual event in November. In 1986 Nova Scotia Agricultural College also started hosting annually in the month of February. To date these 4 competitions make up the college lumberjacking circuit for Eastern - Central Canada and the Northeastern United States.

In the last 40 years Macdonald’s men and women teams have had their names etched on trophies over 100 times, with the greatest winning record of all McGill teams. In 1997 the Canadian Intercollegiate Lumberjack Association was established. The role of CILA is to govern over woodsmen events to strengthen and add more depth and structure to the league. Also by combining the point totals of the 4 competitions, overall champions could be crowned.

In 1999 - 2000 Macdonald captured top honours in both the men and women divisions, winning seven of eight championships